Hats Off To Royal Ascot! 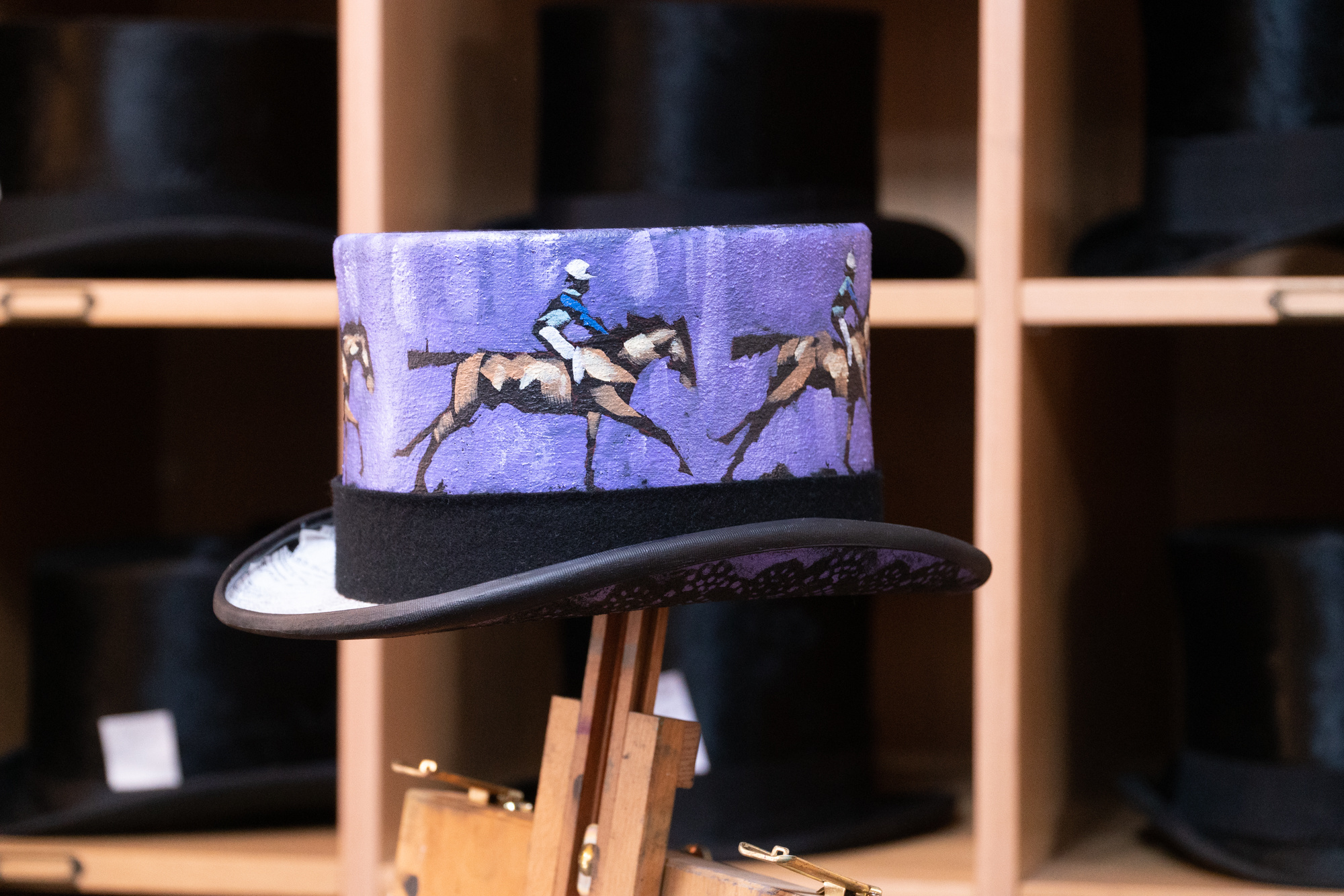 We collaborate with award-winning equine artist Freddy Paske for a very special display.

We are delighted to share with you our exciting collaboration with award winning artist Freddy Paske. Freddy has created two limited edition pieces of art on two Oliver Brown Melusine Top Hats in his signature style, depicting racehorses at Royal Ascot. We invite you to visit us at 75 Lower Sloane Street to take a closer look at his work. 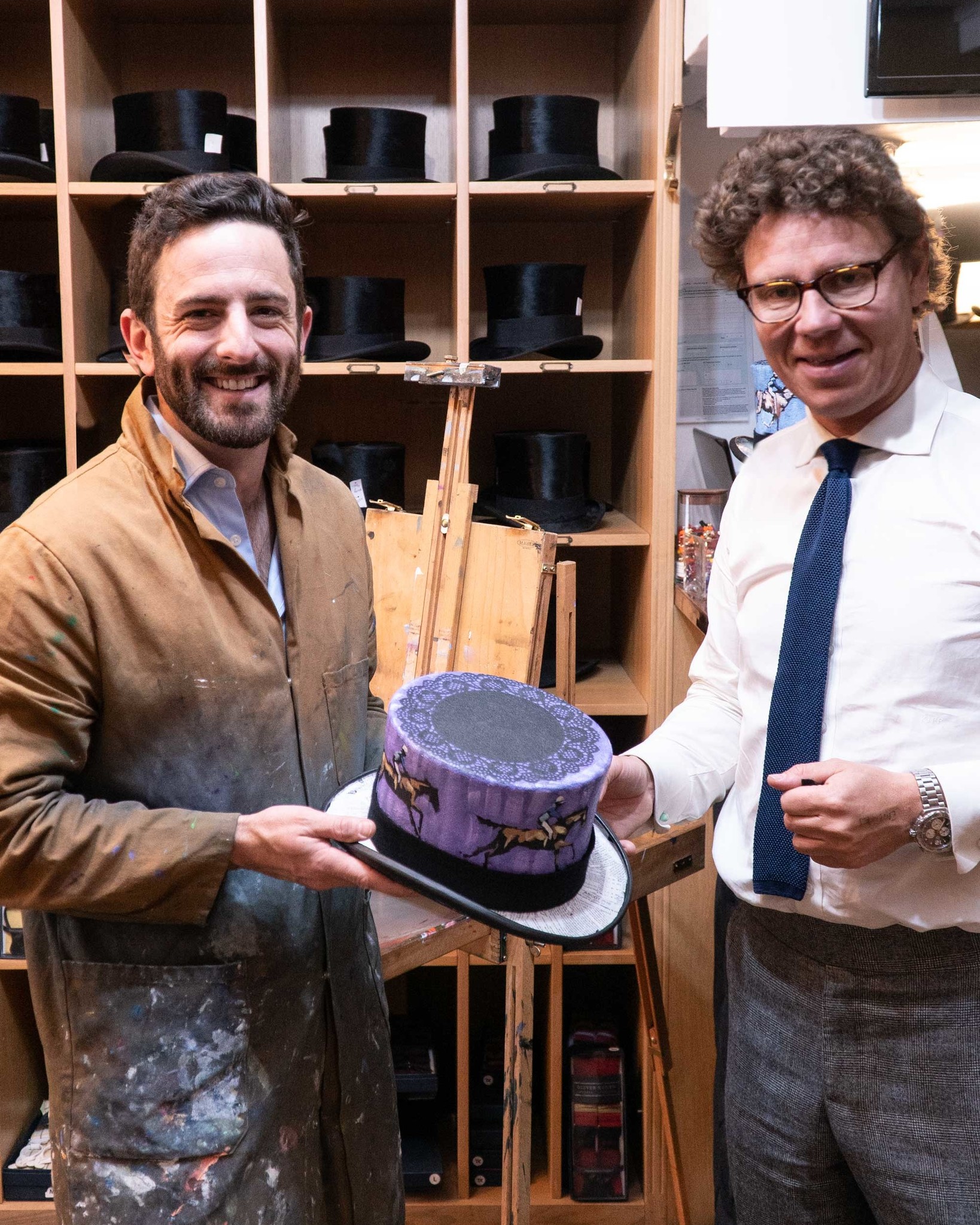 Freddy’s love of horses started at an early age, and throughout his career he has developed this technique to capture the intricacies of the horse in motion. The artist is known for his unique approach to light and movement, using bold brush strokes and vivid colours to perfectly convey motion in his subjects. 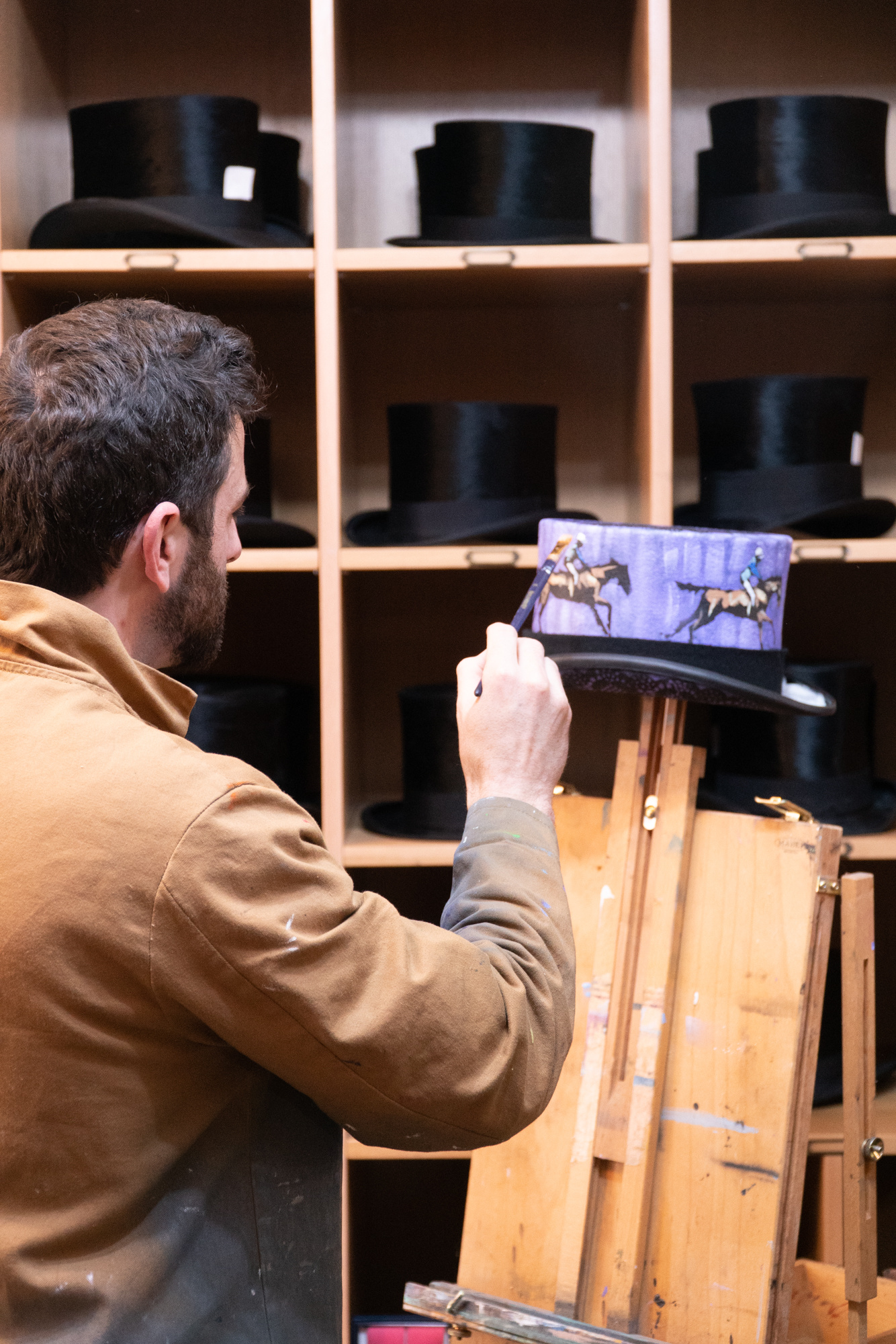 Speaking about the collaboration, Oliver Brown Proprietor, Kristian Ferner Robson said; “We are thrilled to work with Equestrian artist Freddy Paske as the synergy of Freddy’s style works incredibly well with Oliver Brown.” He continued “I love how Freddy perfectly depicts Oliver Brown’s partnership with Royal Ascot bringing colourways reflective of the new season collection into his painting of the horses racing at Ascot onto the top hats.” 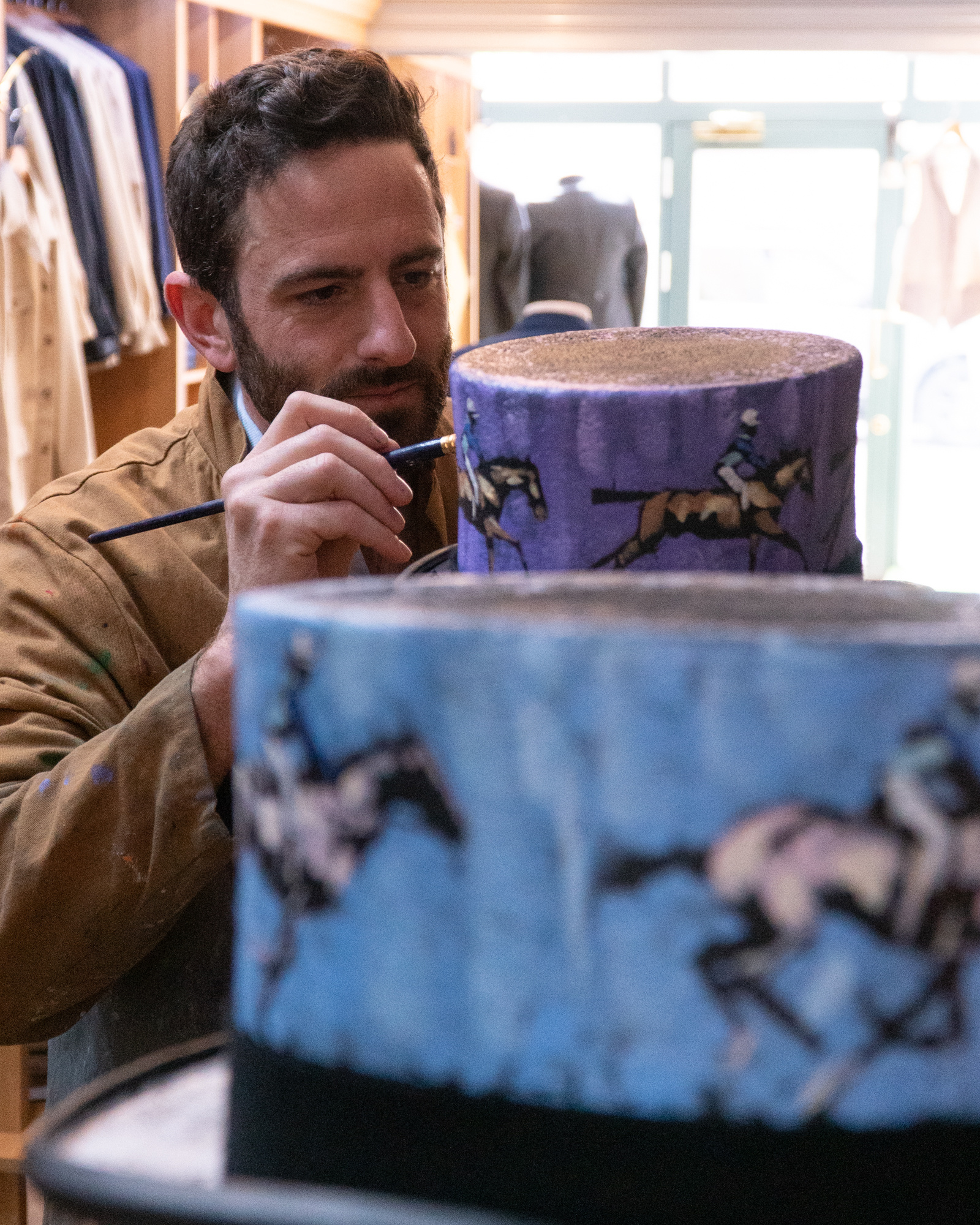 Freddy Paske commented; “I have loved the challenge of creating a contemporary art piece from such a traditional item of clothing. The top hat is synonymous with Royal Ascot and it’s monotone colours have long been in stark contrast to the vibrance and colour of the week. The collaboration with Oliver Brown has broken this norm and allowed me to shake up such traditional values and attire. The painted hats capture the energy of the event whilst still observing the customs we all know and love. Homage to the modern Royal Ascot.”