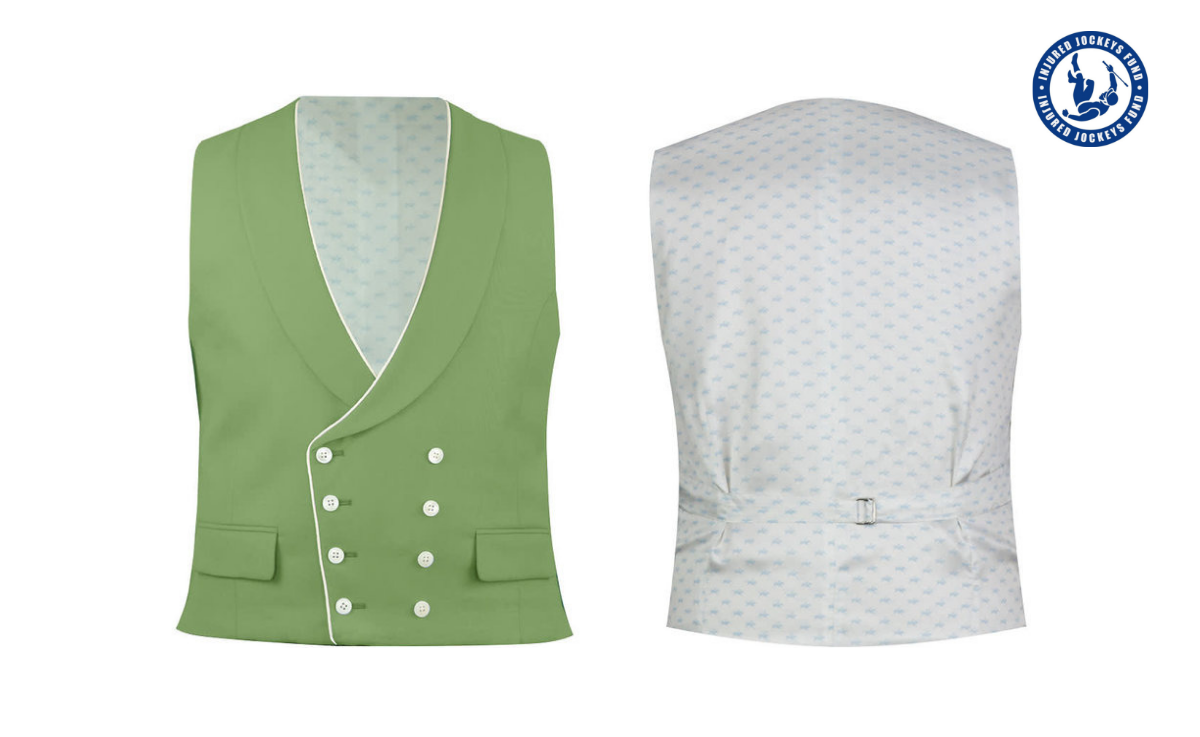 The stage is almost set for one of the most prestigious occasions in the flat racing calendar. Royal Ascot begins on Tuesday 18th June, and to mark this milestone, we are delighted to announce our charitable initiative with The Injured Jockey’s Fund for the second year in a row.

Following the success of last year’s campaign, we are delighted to accounce that we will be donating 5% of profits from all sales of our new double breasted wool waistcoat with piping in Green. The Injured Jockey’s Fund has been launched to provide appropriate support to those jockeys past or present who are injured, unable to ride, or generally in need.

The Injured Jockey’s Fund was the brainchild of founding Trustee and past President John Oaksey and came about following the devastating accidents of Tim Brookshaw, and four months later Paddy Farrell, in the 1964 Grand National. Both falls resulted in severe paralysis which immediately ended both their careers.

Since then, the Fund has helped over 1,000 jockeys and their families and has paid our more than £18m in charitable assistance. Oliver Brown’s director, Kristian Ferner Robson, said ‘we are priviledged to be supporting the Injured Jockey’s Fund for the second consecutive year. We hope to build on the foundations of our 2018 campaign to help raise more funds for this deserved charity which provides invaluable support to those at the heart of the racing world’.