What’s in a watch? Quartz versus mechanical 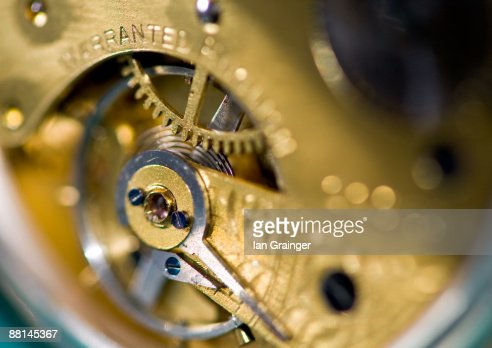 "A watch should have historic, intellectual, technical, aesthetic, amusing and useful qualities." Dr. George Daniels CBE[/caption] As we discussed when addressing the relative merits of over-and-under and side-by-side shotguns, there are some technical advances that don’t quite sit well with some. Take the quartz watch, for example: At its heart lies a tiny sliver of crystal, laser cut with minute accuracy across a specific plane so that it resonates precisely 32,768 times every second. Quartz mechanisms are tough and cheap, they only require a new battery every few years and are generally accurate to with 15 seconds a month. They are without question a triumph of engineering. And they’re too clever by half, some would say. There is, they’ll tell you, too little mystery, too little tradition; there’s too much technical wizardry on display and not enough craftsmanship. The stark, staccato, once-a-second tick of the second hand can look and sound abrupt compared to the busy, rhythmic pulse of clockwork and the smooth sweep of a mechanical watch. A mechanical watch, they’ll tell you, has soul. Even the cheapest, most modern one, with its jewels, springs, cogs and escapements, can trace its bloodline back through centuries of myth, symbolism and man’s quest to track the movements of the heavens or his position on earth, and to master that most mysterious dimension: time. A quartz watch, these same people will tell you, is purely useful - a small, cheap computer that ensures you’re not late for your meetings. We’re not so sure. We’ll be delving further into the world of mechanical watches soon, but for now let us leave you with three reasons why, when you next come to buy a watch, you might dismiss popular opinion and give quartz the consideration we think it deserves: Thank you Rolex, Omega and Mont Blanc.